The Geeni smart lights is a series of home automation light bulbs, that fits into your standard light sockets. You can control them using an app on your smartphone, or even your voice, if you have an Amazon Alexa or Google Home device.

SOLVED! Audio out of sync – PLEX for Sam 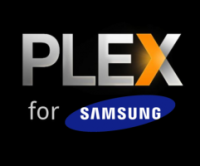 Two issues are currently known, which causes playback of videos through the Samsung smart TV PLEX app to have offset between sound and image, leading to audio out of sync: Very small but gradually increasing offset during playback, which can be temporarily fixed by pausing and resuming the video. Significant offset which remains the same […]