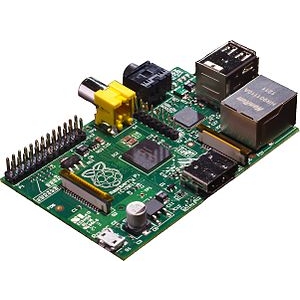 Update! (June 2013):
My new book “Instant OpenELEC Starter” has just been published!
This is a complete step-by-step guide on setting up your very own media center with OpenELEC on a PC or Raspberry Pi, at a very affordable price.
Grab it as an e-book from packt.com, or in paperback from here on Amazon.com, here on Amazon.co.uk, or order it at your local book store.

With my recent issues of running XBMC smoothly on the Raspberry Pi I almost gave up on the idea of setting up a HTPC on this platform, but decided to try out the OpenELEC distribution anyway.
And what a success it was!

If you don´t own a Raspberry Pi already, grab a cheap one here via Farnell UK.

Downloading and installing the distribution on your SD Card is almost as easy as with RaspBMC.

First of all, get the latest pre-compiled OpenELEC distribution for the Raspberry Pi.
The official builds should be available here.
And apparently nightly builds here.

Next, follow one of these guides on formatting your SD-Card in either Windows or Linux

My MCE remote was working perfectly right after plugging it in, and the many addons availble for XBMC seems to be completely compatible with the Raspberry Pi.

I have only run into very few issues with this distribution. One thing is that configuring the 3.5mm jack for audio out does not seem to be working properly, and some very rare cases where the entire system freezes.
But I am happy with HDMI sound for now, and it has been some time since the system last froze.

The distribution has a build in update feature, which can maybe help me get these minor issues fixed.

I was sad to learn that the Navi-X addon is not directly compatible with the Raspberry Pi, but fortunately someone has created a fix for this.

A fully functional Raspberry Pi version of 3.75 Navi-X is available here.
Simply download, put on a USB drive and choose to “install from zip file” in XBMC on your Raspberry Pi

I can confirm that this is working very well, even for 1080p video streaming =)

I can definitely recommend anyone owning a Raspberry Pi to try out OpenELEC!

And encourage everyone else who could use a cheap and capable HTPC system to go and buy a Raspberry Pi, just for this.

I am looking forward to following the further development of OpenELEC support for the Raspberry Pi, and have high hopes for the future of small HTPCs.